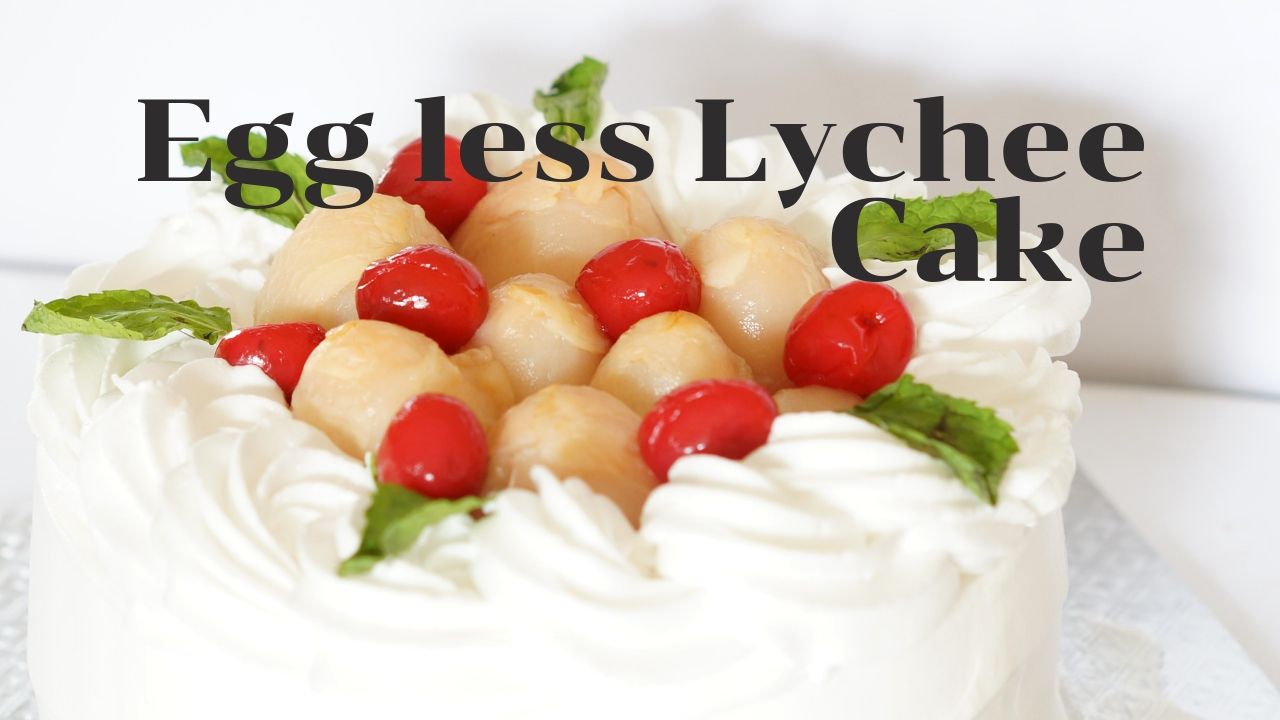 It’s summer time and it’s season of lychees! Then why not an Eggless Lychee Cake – Soft and Moist Eggless Litchi Cake?

Lychee, also known as ‘Litchi’ or ‘Lichi’, it is a tropical fruit, the main producer of lychee is grown in China and is followed by India and other countries. Trees of lychees are tall and green, although the fruit from outside looks pink or red, then the fruit inside is creamsih or sometimes transparent.

I have been baking quite a few cakes (8 to be exact) in the past few weeks. I guess it’s in popular demand due to the cheery-looking layers of color which kids love to. (like my son).

The cake is straightforward, the same process as any other sponge cake using my eggless vanilla Premix, just add different flavors. Flavouring-wise I went for lychee, was I making a lychee cake today. Actually, I was a little unwilling to use lychee flavoring as it’s an essence and not an extract (essence is basically concocted using chemicals, whereas extract is pure). I also didn’t know it until I was introduced to me.

For the frosting, I used non-dairy cream! The non Dairy cream frosting is extremely easy to make in any season because in this hot summer it’s really tricky to work with Buttercream or ganache.

If I use Buttercream or ganache I can imagine myself dying of panic attacks thinking that my cake is starting to melt the moment I take out of the fridge!

For the decoration, to echo the flavour of the cake, I used canned lychees, and to add some cherries and mint leaves.

Check out other cakes that I made:

And today! Proudly presenting my eggless Lychee Cake. Yes, I was certainly quite pleased with the result.