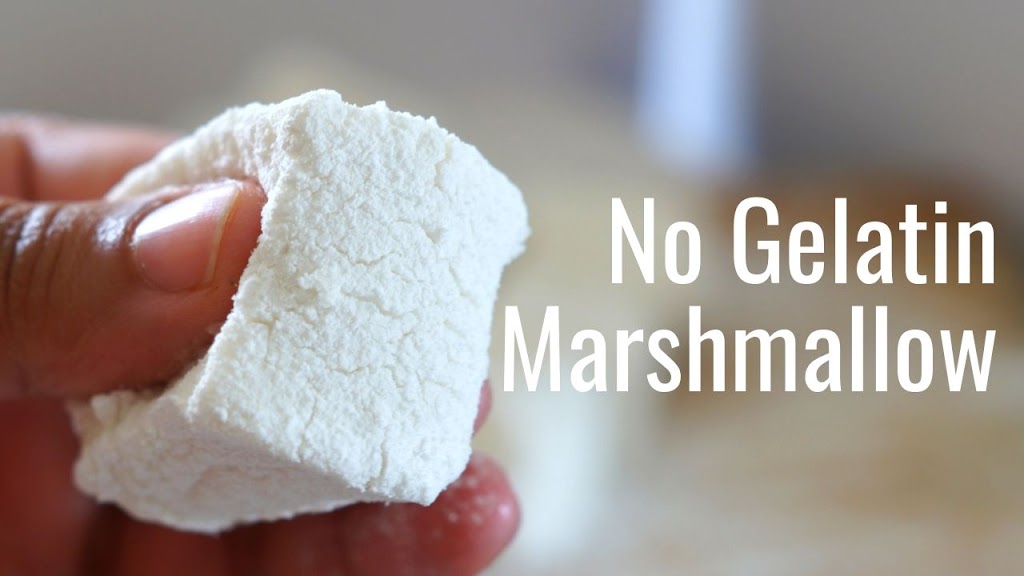 The reason behind making No Gelatin “>Marshmallow – Vegan Homemade Marshmallow, seeing all the marshmallows and s’mores making on display all over our the internet is killing me! Or I mean, it was until I finally decided it had been way too long since I made homemade marshmallows. Now the kids and I are on a marshmallow high.

Vegan marshmallows are homemade in my kitchen. I have to say. I never thought I’d see the day.

You see, marshmallows and I have a long history. I’m not going to lie. They’re gross food. In the sense that it’s overload with sugar, like way too much.

Check out my other discoveries

No Gelatin No Agar Vegan Fondant

Despite their over sweetness, I can’t tell you how many times I’ve hidden a stash of mini marshmallows in my desk drawer and just ate on them while working on something. I mean, who does that? Granted, it only takes like two little handfuls before I have a full-on bellyache and my mouth is coated in an artificial powdery substance.

Yet I still keep doing it to myself over and over.

Marshmallows are one of the few foods I have held onto since going vegan. And I know I could go pick up a bag of store-bought vegan marshmallows, but that means going to a store that’s out of my way and also paying quite a bit more than a couple of bucks for the mini marshmallows I’m used to. So I just haven’t made the transition.

Gelatin is a protein obtained by boiling skin, tendons, ligaments, and bones with water. It is usually obtained from cows or pigs. Gelatin is used in shampoos, face masks, and other cosmetics; as a thickener for fruit gelatins and puddings (such as Jell-O); in candies, marshmallows, cakes, ice cream, and yoghurts; on photographic film; and in vitamins as a coating and as capsules, and it is sometimes used to assist in “clearing” wines. Gelatin is not vegan. However, there is a product called “agar-agar” that is sometimes marketed as “gelatin,” but it is vegan. It is derived from a type of seaweed. (Source: PETA)

The only guide you need to make perfect marshmallows!

These Marshmallows are the easiest you can think of. The only challenging part I felt is cutting it into cubes. But don’t worry you have to coat the entire block with lots of powdered sugar and cornflour mixture.

If you use this marshmallow to make the marshmallow fluff as well. Don’t allow it to rest and simply use it, once it’s Whipped to a thick paste.

Let’s quickly check out the ingredients for No Gelatin Marshmallow

HOW TO STORE MARSHMALLOWS?

It’s essential to store the marshmallows in an air-tight container, AT ROOM TEMPERATURE. NEVER IN THE FRIDGE OR THE FREEZER. For extra measure, add some confectioners sugar into the same box to keep the marshmallows lightly coated. If you store these in the fridge or freezer, they will harden. And as they thaw out, they can melt or gets sticky.

What else can I do with these homemade marshmallows?

I promise you these marshmallows will be the softest, fluffiest, most pliable little pillows of deliciousness you’ve ever had! Once you know the ins and outs of making marshmallows, you can do all sorts of things with it. You can add coloring and flavorings and plenty more.

You can also get your kids involved with the addition of colors and flavours, and then cutting shapes out of the marshmallow. And they will most likely remember all that fun for the rest of their lives, as I can attest to. These homemade vanilla marshmallows are the real deal. They are so much better than store-bought.