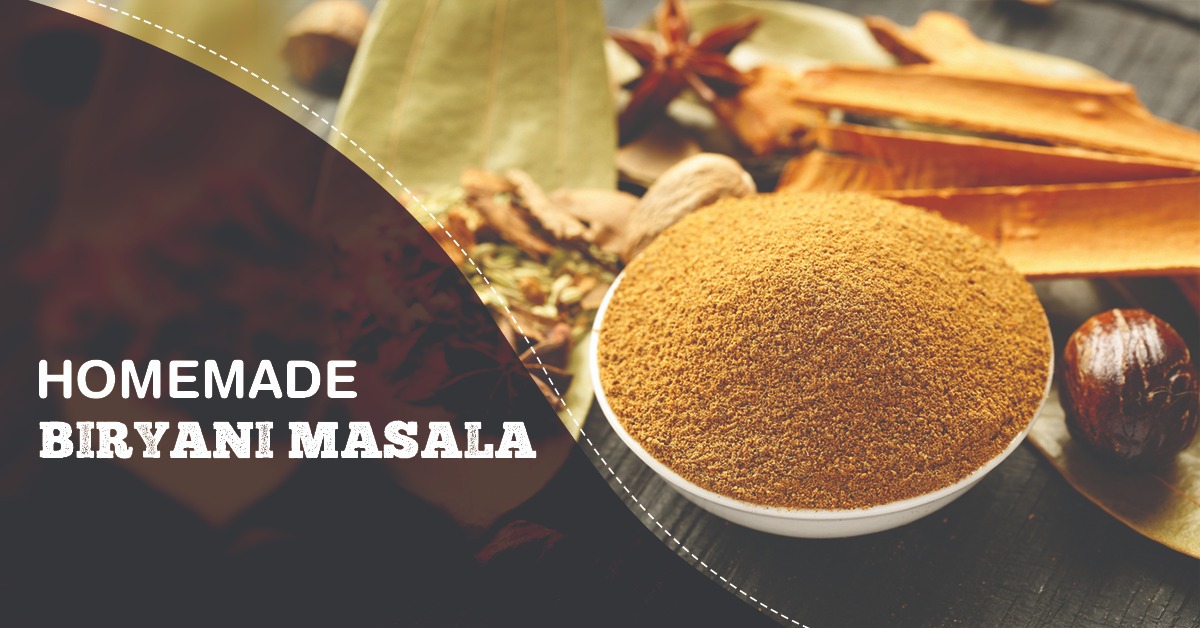 A few of my Youtube Subscribers and my family friends asked me to post the recipe for Hyderabadi Biryani Masala. Therefore, I thought of posting the recipe. The taste of the Biryani depends on how we mix the marinade and the Biryani masala we use.

Various Masala or spice blends are used in Indian cuisine. Biryani masala powder is one of them. This masala recipe serves a dual purpose, as you can add it to both biryani and pulao recipes.

I do not buy readymade Biryani masala, as it will not give biryani an authentic taste in the outcome. Making Biryani masala is easy and is very convenient in price.

Today’s markets are flooded with readymade powders and masalas that many buy instead of preparing at home.

The aroma of fresh homemade spice powder is always superior to the store-bought ones. It can be prepared in bulk and put in an airtight container and place in the fridge so that the aroma stays for long. It lasts for a year if packed in separate containers or foils and handled, including moist free spoons and hands.

While using cinnamon, use the true cinnamon (Ceylon cinnamon) and not cassia.

For years I had been hunting for an excellent homemade biryani masala powder recipe that is suitable for home cooking that is not very aromatic nor very spicy but should have a pleasing and moderate aroma of spices. This recipe has been updated over time to make it better.

The original recipe that many of my blogger friends have tried from my blog is still the same, except that I have added new ingredients to make it the best. To reduce your dish from becoming pungent, use in moderate quantities. 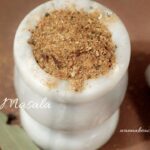 How to make biryani masala with step by step photo:

2. Grind coriander and jeera to a fine powder

3. Now add all the other ingredients one by one to the jar.

4. Grind all the ingredients to a fine powder

Alternative quantities provided in the recipe card are for 1x only, original recipe.

For best results, follow my detailed step-by-step photo instructions and tips above the recipe card.

I noticed that the people who cook non-veg recipes regularly avoid using masalas(as masalas aren’t good for health). Few people who eat Non-Veg every day, they avoid a lot of masalas. They drop whole masala spices and cook the meat along with vegetables.
Biryani Masala and Pulao masala are almost the same. Nutmeg has a very intense flavour. It can dominate all the other flavours. So you need to add a small piece. This masala remains fresh for up to months. But it gradually loses the flavour. So I suggest making the masala in small quantities than making a large quantity at a time. I hope you try this masala.